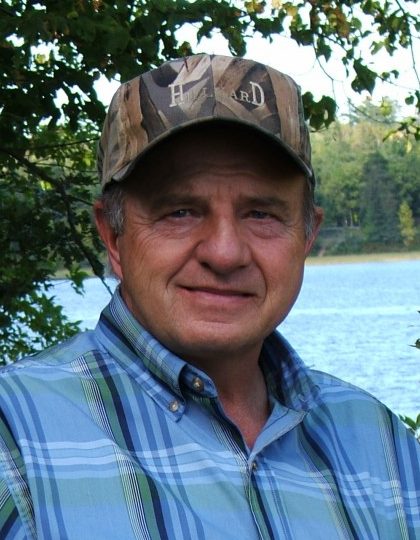 was a lifetime resident of the Sebeka area. He was the 12th child of 13 children (eight boys and five girls) born to Nestor and Senia Komppa, pioneers in Red Eye Township, Minnesota. He was born at his parents’ home on May 29, 1949.

Larry was confirmed at Grace Lutheran Church in Sebeka, with his faith in the Lord Jesus remaining steadfast throughout his life.

He attended school through the eighth grade at country school District 2438 (the old District 45) and attended high school into the tenth grade at Sebeka Public School. He left school to work on the family dairy farm, but later earned his GED.

He loved working on the family farm, often reminiscing about farm chores and field work. He also worked a second job at the Sebeka Co-op Elevator. When the elevator closed in 1975, he went to work at Sebeka School as a custodian. He carried with him many wonderful memories of the students he watched grow up from child to young adult through the 36 years he was at the school.

On April 12, 1975, Larry and Rebecca Bradshaw were united in marriage at Grace Lutheran Church in Sebeka. They are blessed with two sons, Eric and Frank, and now two daughters (by marriage), Anna (Isaacson) and Megan (Yliniemi), and nine grandchildren: Oliver, Elsa, Howard, Ted, Clara, Harlow, Ina, Vivian, and Archie.

Larry played on the Red Eye baseball team, a local country league started by the Komppa and Makela neighborhood boys. The love of baseball remained with him throughout his lifetime. His other passions included hunting and walks in the woods, but, most of all, he loved spending time with grandchildren. He was a devoted husband, father and grandfather, leaving behind a family that loves him dearly and misses him greatly.

A visitation will be held Friday, December 22, from 5-8 p.m. in the Wevley Funeral Home chapel in Sebeka. Funeral services will be held at the First Apostolic Lutheran Church in Sebeka on Saturday, December 23, at 11 a.m., with visitation one hour prior to the service at the church. Honorary pallbearers are grandchildren Elsa, Clara, Ina, Vivian, Ted, Harlow and Archie. Active casket bearers are his sons Eric and Frank, grandsons Oliver and Howard, nephews Tom Komppa, Rodney Carpenter, and Marvin Warmbold.