Clarice Marie (Bunky Mattson) Kellen was born on December 9, 1943 to Clarence and Ethel (Lindula) Mattson in Wadena, MN. She died peacefully at home in Murphy, TX on March 29, 2021 after a long illness.

She grew up in Sebeka and attended Sebeka public schools, graduating from Sebeka High School in 1961. Clarice left Sebeka on graduation day to begin a series of jobs in Minneapolis, MN to pay her way through college. She attended Saint Cloud State College and graduated with a B.S. degree in Medical Technology in 1966. She worked as a Medical Technologist at Hennepin County General Hospital, Minneapolis, MN, The University of Minnesota St. Paul, MN, The VA Hospital, and The University of Iowa, Iowa City, IA. She also served as an instructor and director at the Northwest Institute of Medical Technique, Minneapolis, MN. Clarice retired from 3M Austin, TX in 2000 as a Senior Patent Liaison.

She was preceded in death by her parents, brother James and sister Ervina. She is survived by her husband Jim of 56 years, son Michael (Deb), daughter Beth, sister Julie (Mel) and brother Larry, granddaughters Holly and Stella Dalehite, grandson Eli Sharp and several nieces, nephews and cousins. She was a loving wife, mother and grandmother.

Clarice was larger than life, not afraid to take a chance. Her smile filled the room. She was outspoken, strong-willed and lived life on her own terms. She was truly full of fire. Her courage and strength showed until her last breath. It’s a blessing to know she is finally at peace and without pain.

Her Finnish heritage was a source of great pride to her. She often called our attention to Finnish heroes and their accomplishments. She still managed to fit in a few of her favorite Finnish expletives from time to time. She enjoyed traveling around the world, sewing, knitting and oil painting.

Clarice did not want a viewing, a funeral service or a fuss. Her ashes will be interred at St. John’s Abbey Cemetery Hillside Columbarium at St. John’s University, Collegeville, MN at a later date. If you wish, you may make a donation in Clarice’s memory to your favorite charity. 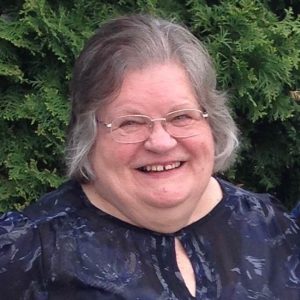 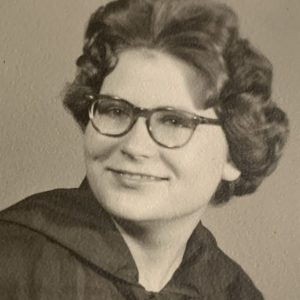