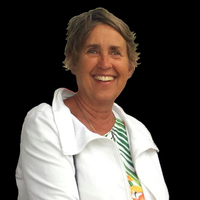 Anne Elizabeth Vilkama (née Phillips) peacefully passed away at home in Osage, MN on June 5, 2022, at age 67 years after a year-long battle with renal cell carcinoma. She was a loving and devoted wife, mother, grandmother, sister, aunt, cousin, and dear friend to many. She will be remembered for being kind, full of life, humorous, and joyfully hosting parties for family and friends.
Anne was born to Howard and Vieno Phillips in Astoria, OR on May 29 1955. She spent her early childhood years in Astoria before moving to Longview, WA. After graduating in the 1973 class from R.A. Long High School, she moved to Minneapolis, MN to attend nursing school. She graduated with her Diploma of Nursing and enjoyed a decades-long nursing career at Meilahti Hospital (Helsinki, Finland), Metropolitan Medical Center & Abbott Northwestern hospitals (Minneapolis), and Minneapolis Heart Institute clinic (Plymouth). Her passion was in cardiovascular medicine – a majority of her work was in serving as a registered nurse in cardiac ICU.
She married Esa Vilkama in October 1978 in Jyväskylä, Finland. They lived in Helsinki about one year, before relocating to the Minneapolis area. They eventually built a house in Maple Grove, where they raised four children: David, Thomas, Diana, and Philip. Anne and Esa moved in May 2015 to their retirement home on Straight Lake in Becker County, MN where she enjoyed the lake life to the fullest. For the past several years, they spent some of the winter months in the Lake Worth Beach and Singer Island areas of Florida, soaking up rays on the beach with close friends.
Anne is survived by her husband, Esa; four children: David (Paula) of Wheaton, IL, Thomas (Megan) of Helsinki, Finland, Diana of Plymouth, MN, and Philip of Roseville, MN; five grandchildren: Ian, Sebastian, Penelope, Kennedy, and Alexander; two sisters: Pearl (Kenneth) Raisanen and Victoria (David) Pikkarainen both of Greenfield, MN; aunt Rauha (Wilbert) Huhta of Longview, WA, and numerous nieces, nephews, and cousins.
Funeral will take place at 11 a.m. on Saturday, June 11, 2022 at Wolf Lake Laestadian Lutheran Church in Wolf Lake, MN (Becker County), with committal following at the Alajoki Cemetery in Runeberg Twp. Reviewal will precede the service, beginning at 9 a.m.
Arrangements were entrusted to the Wevley Funeral Home of Sebeka. Online condolences may be left at www.wevleyfuneralhome.com.6-8c