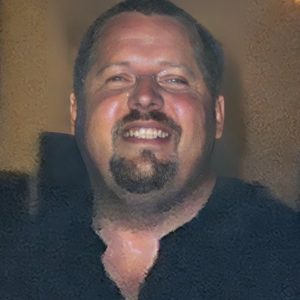 John Michael Roberts, 61, unexpectedly passed away Tuesday, May 17, 2022, in Menahga, Minnesota.
John was born June 11, 1960, in Poplar, MT to William and Mavis (Hersrud) Roberts. When John (Yogi), was 5, his family moved to Glendora, California. His parents were lifelong teachers and administrators in education. In 1967, his family moved to Beach, North Dakota where John (Mick) graduated from Beach High School in 1978. John moved with his family again to Kalispell, MT where he attended college. John eventually returned to North Dakota and worked in Dickinson and Bismarck in the hospitality industry. John then moved to Grand Forks, ND where he managed a hotel until the great flood of 1997.
John lost his residence and moved to Sebeka where his brother Jeff lived. John started working for the Sebeka Co-op and selling pull tabs at the Sebeka Muni and Nimrod Bar. John continued to work for Lakes Area Co-op in Menahga and Wolf Lake along with Camp Confidence until his death. John loved his jobs and co-workers and always had a lot of one-liners for his customers. John, always the salesman, would get you to buy pull tabs even if the box stunk, but loved giving out the winning pull tabs. John also loved to fish. Bad Medicine Lake for trout was one of his favorites. Everyone loved John. He will be missed by so many.
John is survived by his sister Susan (Roberts) Lawrence, of Wibaux, MT; Tom (Marlene) Roberts, of Manson WA, Don (Cindie) Roberts, of Lake St. Croix Beach, MN, and Jeff (Roxann) Roberts, of Blackduck MN; nephews: Josh, Zach, Garette, Billy and Jace Roberts and Dan Lawrence; nieces: Kristin Lawrence King, Sydney and Rachel Roberts; and many great nephews and nieces; and good friend Ann.
He is preceded in death by his father William Roberts, mother Mavis (Hersrud) Roberts, infant brother baby John Roberts, and brother-in-law Gary Lawrence.
John expressed to be cremated and no funeral. We will be having a wake to remember John and share memories about him at the Sebeka Municipal Liquor Store event center on Friday June 10, 2022, from 5-7 p.m. Memorials may be sent to: John Roberts Family
8 Hubbard Ave S.
Sebeka MN 56477.
Arrangements were entrusted to the Cease Family Funeral Home. Online condolences may be left at www.ceasefuneralhome.com.6-8c