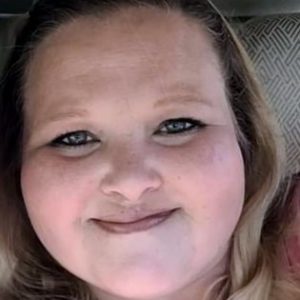 Senia Kay Komppa Munoz, age 42, passed away at her home on June 29, 2022, in Colorado City, Texas. Senia was born on July 27, 1979, in Springfield, MN to Gary and Margaret Komppa.
She was a nurse, wife, sister, daughter and most importantly she was a loving mother. Senia was a strong-willed, caring woman who would do anything for anybody. On her birthday in 2008, she married the love of her life Adrian Munoz. She was his strength and his rock, always by his side. Through thick and thin she was there as that calm voice of reason, even when it came to hard life decisions. For her children, especially her son, she was that center point of strength and power that a person goes to when struggles built up. She was truly larger than life for her family, and she did it all with an unwavering smile.
In her spare time she would catch up with old friends, read a good book, go fishing, swimming, do various outdoors activities. She also enjoyed a variety of music and her pets. Her true love for those around her will live on for generations through the lessons taught.
Senia is survived by her loving husband Adrian Munoz; son, Gaige Carlson of Oklahoma; daughters, Katey (Juan) Beltran of Abilene TX, Sarah (Matt) Ferchland of Norman, OK, and Ally (Jalen) Holt and Rachel Munoz, both of Plummer, ID; and two granddaughters, Mila Holt and Emily Ferchland; her father, Gary Komppa, her mother and step-father Margaret and Chuck Martin, all of Colorado City; one brother, Steven and wife Tracy of Colorado City; along with nieces and nephews McKinna and Jayce Komppa, Alicia Komppa Trahan, and great-nephew Joeby Komppa.
Senia is preceded in death by her brother, Charles Victor Komppa and nephew Charles Gary Komppa; her paternal grandparents, Nestor and Senia Komppa; her maternal grandparents, Charles and Helen Bradshaw.
A memorial service for Senia was held on Saturday, July 2, in Colorado City, TX.
Arrangements were handled by Kiker Seale Funeral Home.