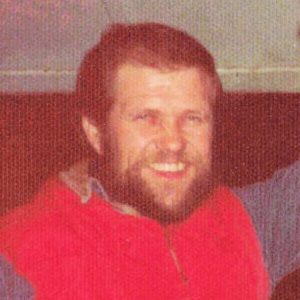 William “Willie” Edward Alajoki, age 87 and a half, of Menahga formerly of Roseville, Minnesota, passed peacefully from this life into eternal life on July 11, 2022, at Ecumen Assisted Living in North Branch, Minnesota.
Willie was born on January 6, 1935, in Menahga to Hugo and Elizabeth (Nevala) Alajoki. He was born and raised on the family farm and attended country school. He later enlisted in the United States Army in 1958.
On July 15, 1960, Willie was united in marriage to Jeraldine “Jeri” Johnson in Menahga and to this union were blessed with three daughters, Robin, Kimberly, and Kristina. The newlyweds made their home in Roseville, Minnesota where Willie devoted himself to his wife and daughters. In addition, he worked in trucking for 30 years and helped his in-laws with farming. After retiring Willie and his wife returned to their hometown roots west of Menahga on the family farm for approximately 20 years. Willie would go the extra mile for everyone, and he was a selfless soul.
Willie enjoyed hunting, fishing, gardening, and vacationing each year with his family out west in their motor home. He loved collecting antique cars, as well as going to auction sales where he and wife Jeri would many times have front row seats where they searched for their next treasure. Willie was a dedicated father, grandfather and great-grandfather and his family meant the world to him. He also loved all animals especially his dogs and cats.
Deeply loved, Willie’s passing will be mourned by his daughters: Kimberly (David) Imholte and Kristina Murphy (Tim Novak); his grandchildren: Justin (Sarah), Amanda (Debbie), Alexandra (Wesley) and Austin (Jaimee); his beautiful great-grandchildren: Hunter, Hailey, Layla, Meea, and Zepplin, and his brother Urho.
He was preceded in death by his wife Jeri, his parents Hugo and Elizabeth, daughter Robin, sisters Impi and Ilmi and brothers Jerry and Otto.
Willie (Dad) will be in the hearts of his two daughters always and be remembered as one of the best fathers a daughter could ever have.
Private Funeral Services are being planned. He will be laid to rest in the family cemetery near Menahga.
Arrangements provided by Karvonen Funeral & Cremation Service of Wadena, Minnesota. Please visit www.karvonenfuneralhome.com to leave memorials and condolences on William’s Tribute Wall.7-27c