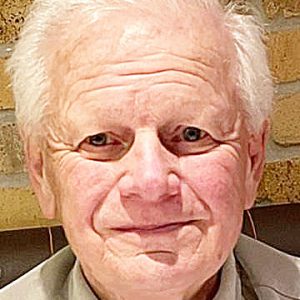 Ralph Fredrick Limanen was born in Wadena, September 6, 1943 to Eino and Aleda (Windels) Limanen. Ralph died on August 9, 2022.
He attended country school in Blowers Township, District 220 and later attended Sebeka High School, Class of 1961. After high school he enlisted in the Navy. He was on one of the ships during the Cuban Missile Crisis. He served on the USS Saratoga and one of his tours was in the Mediterranean.
After his tour of duty in the Navy, Ralph worked in the cities. Later he moved back home and worked at the Feed Mill in Sebeka. He worked for the Ford Motor Company and traveled until he got a job with Coast-to-Coast. He traveled the country and set up stores, until he decided to operate his own store in Heppner, Oregon. He finally retired back to Minnesota where he and his wife Joyce built a house on the Lapinoja homestead by Nimrod and lived there until his passing.
Ralph enjoyed visiting with people. He went to coffee every day in Nimrod with his coffee buddies. Ralph was interested in cars, politics, antiques, and guns and enjoyed talking about everything. He collected many different things and was very knowledgeable about them, such as barb wire. He could tell you all about the different kinds. He considered it a good visit if there were interesting things to talk about. He liked being on the farm and doing field work or taking trips to see family across the country. Ralph and Joyce enjoyed traveling abroad and to all 50 states.
Ralph will be deeply missed by many. Left to mourn are his wife Joyce; her daughters Kristin (Tim) Traynor, and Julie (Jim) Wolters. Ralph’s son Keith (Dana) Limanen; daughter Janell Schudel; daughter Barbara (Ken) Grether; son Sam (Denise) Burgau, and his grandchildren and great grandchildren; sisters: Jeannette Jacobson and Alvina (Jim) Kytta; brother Lorn (Paula) Limanen; nieces and nephews and a host of friends and family who will all miss him dearly.
A memorial service and celebration of life will be celebrated at a later date.
Arrangements are entrusted to Wevley Funeral Home of Sebeka. Online condolences may be left at www.wevleyfuneralhome.com. 