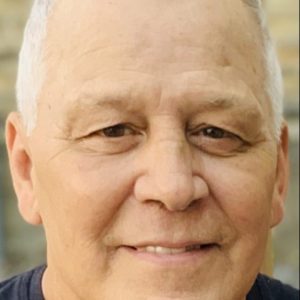 Gerald Duane “Jerry” Corbin, age 63 of Buffalo, MN, formerly of Sebeka, passed away peacefully at home, surrounded by family, after four courageous years battling cancer, on August 29, 2022.
He was born on August 28, 1959, in Wadena, Minnesota, son of Duane and Ardyth (Kasper) Corbin. Jerry attended Sebeka High School and graduated with the class of 1977. After high school, he enlisted to serve in the United States Army. He proudly served from 1977 until he was honorably discharged in 1980. Stationed with the United States Army Garrison Schweinfurt, Germany, he earned the decorations of Sharpshooter-M-16 Rifle, and Expert, Hand Grenade during his time as a cannon crewman. While living in Germany, he met Elke Elise (Pressler) Corbin and was joined in marriage in Copenhagen, Denmark, on May 8, 1980. Together, they raised two children and had four grandchildren.
They moved back stateside while their children were young and Jerry enrolled at Alexandria Technical college for woodworking and carpentry. In 1986, he entered into the Vocational Industrial Clubs of America (V.I.C.A.) Skills Olympics for his expert woodworking where he placed first in Minnesota and went on to represent Minnesota in the nationwide event, placing third. Jerry continued in a successful general contracting career building houses, known for his quality work, unmatched creativity, and attention to detail; working alongside his son for many years and including work on HGTV and DIY network shows where he was affectionately known as “Pops.”
Jerry was known as an avid hunter and fisher who loved to share stories and his game meat. He loved the thrill of the hunt, traveling to find the big game, but, he felt the most at home surrounded by his family, hunting together on his family land every year. Whether they got the big one or not didn’t matter to him as long as he was surrounded by as much of his family as possible, sharing all the stories from previous years. It was always more about returning to where it all began and coming back together, no matter how far life had taken you away.
More than anything, he loved to share stories, pictures, and accomplishments of all four of his grandkids. He was never more proud than when he was talking about something one of his grandkids did or could do. His grandchildren were his true pride and joy which was evident in his eyes any time he talked about them or while he was watching them during any milestone, big or small.
Jerry had a positive, can-do attitude when it came to challenges and life. Even in the face of adversity, he always believed that he could do it, whether that be something to accomplish in life, the job at hand to figure out, or battling for his life.
Preceded in death by his father, Duane. Survived by his mother, Ardyth; wife, Elke (Pressler) Corbin; two children: Jessica (Kevin) Rosenquist, and Andre (Tara) Corbin; four grandchildren; and six siblings.
Memorial Service is planned for September 16, 2022 at 11:30 a.m. with visitation beginning at 10 a.m. at the Buffalo Covenant Church in Buffalo, MN. Reception to follow at the church.
Funeral arrangements have been entrusted to The Peterson Chapel of Buffalo. Online condolences for the family may be directed to www.thepetersonchapel.com. 9-7