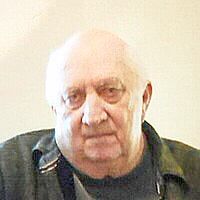 Larry L. Siegel was born June 15, 1943 in Wadena, MN to Louis Siegel and Pearl (Harris) Siegel and died September 18, 2022, in Sebeka, MN.
Larry had a true passion for hunting and fishing. His fishing excursions took him to lakes in Michigan, several trips to Alaska, Northern Minnesota, and even Belize, as well as hunting trips to parts of Minnesota.
Larry placed a great value on friendships and enjoyed the camaraderie of wholesome bantering. He marveled at all things of nature and had a keen knowledge of birds, trees, various sports, religion, music and politics to name a few.
He was preceded in death by his parents and brother Roger.
Larry will be truly missed by his wife Diane “Dee”, sons: Craig (Amy) Siegel and Brian Siegel, grandson Louis Joseph Siegel, granddaughter Helen Pearl Siegel, longtime friend and neighbor Donna Walter, as well as many other longtime friends, sisters-in-law Karen Stratmeyer and Barb (Robert) Jones.
Funeral Services will be held 11 a.m. on Saturday, September 24, 2022 at Our Saviour’s Lutheran Church in Sebeka, MN with visitation one hour prior to the service at the church. Interment will be at Green Hill Cemetery.
Arrangements are entrusted to Wevley Funeral Home of Sebeka. Online condolences may be left at www.wevleyfuneralhome.com.