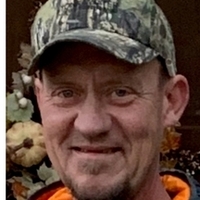 Curtis Jule Kreklau, Jr., returned to his heavenly home on September 28, 2022, to be with his Lord and Savior Jesus Christ.
Curt, known as ‘CJ’ by his friends and family, was born in Wadena, Minnesota, on December 23, 1968, to Curt Sr. and Margaret Ann (Steinkraus) Kreklau, both of Sebeka. Curt attended Sebeka Elementary School before his family moved to Alexandria, Minnesota, where he was a member of the National Honor Society, FFA, and a Viking Sportsman before graduating from Alexandria-Jefferson High School in 1987. He received an Air Force ROTC scholarship to attend Northwestern University in Evanston, Illinois. He joined the Epsilon-Delta chapter of the Kappa Sigma Fraternity, where he cultivated many lifelong friendships and kept an open door to everyone with hot coffee ready to serve day or night. In 1992, he graduated from Northwestern with a bachelor’s degree in mechanical engineering and was commissioned into the Air Force as a second lieutenant. Curt was stationed in Grand Forks, North Dakota, where he served as a Minuteman Nuclear Missile Launch Officer for six years.
After leaving active duty as a Captain in the Air Force, Curt moved to Indianapolis, Indiana, with his first wife, Emiko (Hatcher) and became a father to two children, Keiko and Curtis. He worked in consulting through KPMG Business Services and earned a Master of Business Administration degree from the University of Phoenix. After returning to Minnesota in 2007, he devoted his time to farming “the Other Place” in Sebeka and raising goats and cattle while working part-time at Habitat for Humanity in Wadena. In 2013, Curt married Emily (Schuette), and they raised their daughter Rebekah while he worked for Wadena County and the city of Menahga.
Curt enjoyed farming, hunting, fishing, boating, volunteering at vacation Bible school, woodworking projects, listening to praise and country music, watching history documentaries, and learning new things that he often taught to his children and all who would listen. He also volunteered as a Minnesota DNR Firearms Safety Instructor, and he never hesitated to help anyone in need. Curt was a natural leader. He stood for what he thought was right and protected those that needed it. People were drawn to him, and through him, people were drawn to know God. His greatest devotion was to God, and he cherished his children.
He is survived by his wife Emily Kreklau (Schuette); daughter Keiko Kreklau (20), son Curtis Kreklau III (18), daughter Rebekah Kreklau (7), stepchildren: Abigail, Sadie, and Jack Hammond; father Curt Kreklau Sr., sister Corinne Schrantz (Marc), niece and goddaughter Quinn Schrantz, nephew and godson Mason Schrantz, goddaughter Mallory Herbert, former wife Emiko Kreklau (Hatcher) and many extended family. He is preceded in death by his mother Margaret Ann Kreklau, grandparents Wilfred & Lorraine Kreklau and Edwin & Eileen Steinkraus.
A Memorial Service will be held at 1 p.m. on Friday, October 7, 2022, at the United Methodist Church in Sebeka. Visitation will be at 11 a.m. with burial immediately following the service at Zion Lutheran Church Cemetery in Sebeka.
Arrangements are entrusted to Wevley Funeral Home of Sebeka. Online condolences may be left at www.wevleyfuneralhome.com.