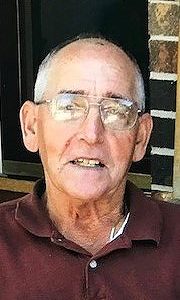 Romke Zylstra, 95, of Nevis, MN died on October 5, 2022 at his home surrounded by loved ones.
Romke was born on February 4, 1927 in Friesland, Netherlands, he was the son of Herman and Wiepkje Zylstra. He was united in marriage to Wiepkje (Wilma) Hesselius on April 5, 1951 in Joure, Netherlands. The young couple immigrated to the USA in August 1951 and settled in Bloomington, MN where they raised their four children. They have resided near Nevis since their retirement. He enjoyed hunting, fishing, reading, gardening, sports, and anything that could be done outdoors.
He is survived by his four daughters: Roely (Wayne) Lawrence, Willie (Cor) Wagner, Tena Zylstra, and Sandra (Glenn) Gronberg; eight grandchildren: Lance Lawrence, Stephanie Davis, Koos Wagner, Kya Wagner, Nathan Wickman, Tanya Bigger, Garrett Gronberg, and Kelsey Prodahl; 19 great grandchildren; one great-great granddaughter; his brothers: Haye Zylstra and Bernie Zylstra and his sister Tena Wolterstorf, and several nieces and nephews.
He was preceded in death by his loving wife, Wilma, his parents and his siblings, Peter Zylstra, Lucille Koster, and Meindert Zylstra.
Funeral Services will be held on Friday, October 14, 2022 at 11 a.m. at the Akeley United Methodist Church in Akeley. Visitation will be held for one hour prior to the services at the church on Friday. Interment will be held at the Resthaven Cemetery in Nevis, MN.
Arrangements are being handled by the Cease Family Funeral Home of Park Rapids and Nevis. Online condolences may be left at ceasefuneralhome.com.