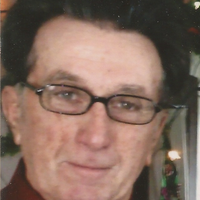 Alva Merle Robinson of Sebeka, passed away on October 25, 2022 at Green Pine Acres/Greenwood Connections in Menahga, Minnesota.
Alva was born to Nicholas and Grace on August 15, 1935 in Hennepin County, Minnesota. He was adopted by Earl and Leona Robinson at eight years old and moved to north central Minnesota to the little town of Sebeka.
He went to country school at District 32 in Meadow Township. The first young man to introduce himself ended up being one of Alva’s lifelong friends. He walked to school “uphill both ways” and asked his mom to pack him an extra lunch for the trek. As a child he learned to farm with his dad and enjoyed just being at home with his chickens and his dog and doing chores. He later continued his education at town school in Sebeka and graduated with the class of 1954. He continued to farm with his dad until he was called up by Uncle Sam.
He was drafted in October of 1958, along with several young men from the area. Training was received at Fort Carson in Colorado, Fort Bragg in North Carolina and briefly was at Fort Dix, New Jersey before shipping overseas to Germany. He said he enjoyed a few beers while there. Alva was a personnel carrier driver and was very protective of his machine. After receiving an early release and honorably discharged, he returned home in July of 1960. He recently said that the best sight was the Statue of Liberty as the ship entered the harbor. He knew he was home and saluted her.
He returned to Sebeka and resumed civilian life on the farm and drove school bus. On weekends he liked to visit the local dance halls. It was on one of these ventures that he “met the woman he was going to marry”, he told his dad. He and Diane dated until her graduation in 1963. They became engaged that winter and were married on June 27, 1964 in Sebeka, Minnesota. They were married for 57 years.
They farmed side by side building up their home, their farm and their family. Two children were born to them, Carolyn and then Dale. Their family was complete….for now. Everyone farmed “side by each” as dad would say and lessons were learned about farming, life and common sense. Dad had several philosophies and beliefs….one of them was the belief in a balanced diet…a cookie in each hand!!
He was a farmer to the core and loved every bit of it. He maintained a herd of dairy cows, raised hogs and sheep. He enjoyed the animals and tending to them. In February you’d find him checking on the sheep every couple of hours during lambing time. He built up a very nice herd of dairy cows just prior to “retiring”. His sheep were instantly recognizable at the sale barn. Although embarrassed at the attention, he was humbly proud to know that his hard work and care was noticed.
Alva planted a larger garden after semi-retiring from farming. It was a very lush and green garden. We loved looking at it, his chickens loved it too!!
They enjoyed many trips to South Dakota together and loved to go to auctions and flea markets and watching westerns on TV Everyday they would go for walks, enjoying each other’s company and the weather.
Alva deeply loved his wife, Diane and was devoted to her. He was very proud of his kids and their spouses whom he thought of as his own kids. He was delighted at the birth of each grandchild and absolutely adored his great-grandchildren. He particularly liked to sit back on Christmas Eve, when we all gathered at the farm and just watch and listen. He couldn’t have gotten a word in anyways.
It’s said that the “greatest gift a father can give his children is to love their mother” and he did that in abundance. Placing her before himself.
Alva lost the love of his life, Diane, who preceded him, passing in December, 2021. Also preceding him were all of his parents, he said he was lucky enough to have two sets of parents; Nicholas and Grace; Earl and Leona, parents-in-law; Lawrence and Violet; brother Bill, brother-in-law Al; sisters: Mae and June and sister-in-law, Faith, and many loved pets.
He treasured his family, his friends and his pets. He will be deeply missed by his best buddy, Dixie and lap cat, Tasha; his family; daughter Carolyn (Darwin) Skillings of Bluegrass, and son Dale (Carmen) of Wadena; grandchildren: Allan (Sheila) and their children Ashlyn and Addalyn of Eagle Bend, Cody (Alysha) and children, Kiyanne and Makenna of Wadena, Logan Skillings of Bluegrass: brother George of Minneapolis; sister in law Gladys of North Carolina and a sister-in-law in Sebeka, several nieces, nephews and many friends. A special thank you to the staff at Green Pine Acres and St. Croix hospice for the care, genuine compassion and dignity shown to our dad, grandpa, and great grandpa in his time of great need.
Funeral Services will be held at 1 p.m. on Wednesday, November 2, 2022 at Wevley Funeral Home in Sebeka, MN with visitation two hours prior to the service. Interment will be at Sebeka West Cemetery.
Arrangements were entrusted to Wevley Funeral Home of Sebeka. Online condolences may be left at www.wevleyfuneralhome.com11-2c