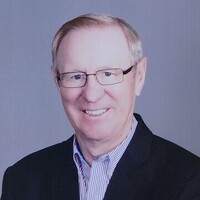 Charles (Chuck) Clarence Winkels of Sebeka, MN passed away surrounded by his family members after a long illness on November 11, 2022.
Chuck was born on October 17, 1940 to Michael and Olivia (Fieber) Winkels. He was the 4th of 10 children and was raised on a farm near Valley City, ND. He was baptized, confirmed and graduated high school from St Catherine’s Catholic Church. After graduating from Wahpeton, ND School of Science, Chuck served his country as a member of the North Dakota National Guard, worked as a mechanic, delivery driver and co-owned the Pizza Garden in Valley City.
On September 30, 1961 Chuck married the love of his life, Caren Flach and welcomed four wonderful children into their lives. His family then moved to Longmont, CO where Chuck excelled as an engineer at IBM earning awards for excellence.
In 1973, Chuck’s family purchased a farm in Nimrod, and moved there to live his life-long dream of running a dairy farm. There Chuck belonged to numerous organizations including: NFO, Farmers Union, American Legion, Eagles, County Planning Commission Board and trustee for St Hubert’s Church.
Chuck retired to Sebeka in 2000 and continued to enjoy traveling, wintering in Arizona and doting on his kids and grandkids.
Chuck is survived by his wife, Caren; their four children: William Winkels, Janelle Bannerman (Michael), Wayne Winkels (Mary), and James Winkels, seven grandchildren and one new great-grandson, brothers: Stan (Jan), Bernie, Ted (Deb) and Tom (Mavis) Winkels; sisters: Shelly Piatz (George) and Carrie Maresh (Bob).
Chuck is preceded in death by his parents Michael and Olivia Winkels, sisters Annette Olauson and Bonnie Anderson, sister-in-law Esther Winkels and brother-in-law Melvin Olauson.
Visitation will be from 7-9 p.m. on Wednesday, November 16, 2022 at Wevley Funeral in Sebeka, MN and continue one hour before the service at the church.
Mass of Christian Burial will be held 11 a.m. Thursday, November 17, 2022 at St. Hubert’s Catholic Church in Bluegrass, MN. Interment will be at St Catherine Cemetery in Valley City, ND at a later date.11-16c