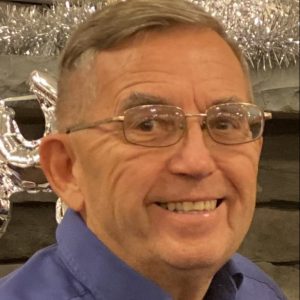 Walter Arthur Ketola, 79, died peacefully on November 22, 2022, while surrounded by members of his loving family in Spartanburg, South Carolina.
Walter was born on April 8, 1943, in Wakefield, Michigan. He married his sweetheart, Elvi (Aho) Ketola, on August 28, 1966, at the home of the bride’s parents in Wolf Lake, Minnesota.
Walter grew up on a dairy farm in Watton, Michigan. He attended the Watton, Covington Schools as a young boy. Walter graduated from Lanse High School and then went on to attend Northern Michigan University. There he received his Bachelor’s and Master’s Degree in the Arts. After graduation, he was a teacher and then principal, in Sidnaw, Michigan.
In October of 1970, he and his family moved to New Hampshire where Walter and Elvi happily lived for 35 years. He worked for: Norsa Construction, Seppala and Aho and Aho Construction. In 2005, Walter, with his sweetheart moved to North Carolina. There he worked for Ace Avant until his retirement in 2010. After retirement, he volunteered as a Guardian ad Litem for Randolph County in North Carolina. He tirelessly thought over each case, always wanting what was best for the children involved. His heart broke for the cases he saw. Walter additionally volunteered and preached at a local nursing home and an adult daycare facility. He had a heart for people. Walter’s work ethic and volunteerism was unparalleled. However, the most important matters to him were those of salvation. Walter had a deep concern for the souls of those around him: his family, those he knew, and anyone he came in contact with. He was a prayer warrior. He knew the only way to eternal life was through the merits of His Lord and Savior, Jesus Christ.
In 2019, Walter and Elvi moved to South Carolina to be closer to family. There he was diagnosed with Lewey Body Dementia. His loving wife, devotedly cared for him until he went home to be with his Lord, that he so longed to see.
Walter was known for interpreting sermons from Finnish to English (audibly and on paper). He was well read in many subjects, especially the one most dear to his heart, Christianity. Walter was also known for his many phone calls to people near and far. Even if, in Walter fashion, they were quick and to the point. He was always so happy to share that he was blessed with 114 grandchildren and 88 great-grandchildren. He loved introducing any of his children to his many friends, often pulling out his wallet picture of his family. He was very hospitable and giving.
Walter was predeceased by his parents, Arthur and Helen (Autio) Ketola, a sister, Bernice Somero, a son-in-law, Brian Karlsen, five grandchildren: Cainan Talo, Melodie Lampinen, Natalia Ketola, Victor Karlsen and Ava Woodard. Along with a great-granddaughter, Emily Kuusisto.
He is survived by his loving wife Elvi of 56 years; his children: Joel (Denise) Ketola of Ephrata, WA, Rebecca (Brian) Karlsen of Jaffrey, NH, Elizabeth (Brian) Lampinen of Greer, SC, Leah (Keith) Dupuis of Jaffrey, NH, Sarah (Scott) Tikka of Calumet, MI, Priscilla (Abraham) Mills of Inman, SC, Abigail (Bud) Spaulding of Lyman, SC, Rhoda (Jeff) Woodard of Campobello, SC, Abraham (Bethany) Ketola of New Ipswich, NH, Nicholas (Beth) Ketola of Lyman, SC, Benjamin (Alison) Ketola of New Ipswich, NH, Josiah (Ashley) Ketola of Rindge, NH, James (Julia) Ketola of Greer, SC, and Ethan (Amber) Ketola of Lyman, SC; his brother, Warren (Pijro Liisa) Ketola; two sisters: Lorraine (Nathan) Olson and Brenda (Rod) Hannu, along with his beloved grandchildren, great-grandchildren, many brother and sister in laws whom he loved, nieces, nephews and numerous dear brothers and sisters in Christ.
Family and friends are invited to calling hours on Friday, December 2, 2022 from 3 to 6 p.m. at the Apostolic Lutheran Church, 117 Goen Road, New Ipswich, NH 03071.
The funeral service for Walter will also be held at the Apostolic Lutheran Church at 11 a.m. on Saturday, December 3, 2022. Burial will take place later in the family lot at Hillside Cemetery in Rindge.
Arrangements were entrusted to Cournoyer Funeral Home & Cremation Center of Jaffrey, NH. To share memories or photos, or to send condolences to the Walter’s family, please visit www.cournoyerfh.com