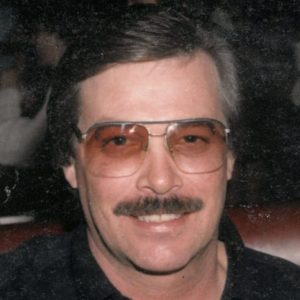 Arnold Reznechek, age 76, of Wadena, Minnesota passed away on December 1, 2022 at Abbott Northwestern Hospital in Minneapolis, Minnesota. Funeral Services were held on Wednesday, December 7, 2022 at Karvonen Funeral Home in Wadena, Minnesota with Pastor Dave Seaton officiating. Pallbearers were Steve Brand, Seth Iverson, Don Reznechek, Richard Reznechek, Ian Richter and Tim Drong. Arnold was laid to rest with Honors at the Minnesota State Veterans Cemetery, Camp Ripley, Little Falls, Minnesota.
Arnold Edwin Reznechek (Arnie) was born on April 23, 1946 to Wilfrid and Elizabeth (Bieringer) Reznechek in Sauk Centre, Minnesota. Arnold graduated from the Sauk Centre High School with the class of 1964. Arnold served in the United States Navy from December 1, 1965 to July 10, 1968. He completed a Vietnam Tour, NAVSUPPACT, Da Nang, Vietnam where he performed the duties of an Engineman, delivering supplies up and down the Cue Viet River via, Mikeboat to the Marines.
After military service Arnold continued his education at Alexandria Technical School where he graduated with a degree in appliance and refrigeration repair.
On October 25, 1969 Arnold was united in marriage with Susan Lorraine Rudolph at St. Paul’s Catholic Church in Sauk Centre, Minnesota. Together they were married for 20 years and their marriage was blessed with two children, Sandra and Jason.
They resided in Wadena where he was employed with Todd-Wadena Electric Cooperative for over 20 years taking care of refrigeration and bulk tank repairs.
Arnold enjoyed spending time outdoors hunting, fishing, spending time at his cabin near Nimrod and watching his favorite show Gold Rush. He also owned and operated Arnie’s Repair for over 40 years where he continued to work on small engines and farm items. He assisted his daughter, Sandy in starting her own business, All Seasons Parts, where she sells various parts via the internet for small engines. He loved working in his shop alongside his son, Jason. They enjoyed working on small engines, fixing and repairing tractors and an Oliver C-Caterpillar. The last 22 summers were spent camping at Big Pine Lodge with his family creating memorable moments teaching his granddaughters to fish, waterski, and kneeboard and spending quality time with family and friends.
On December 1, 1991 Arnold was married to Deloris Poehls (Leach) in Las Vegas, Nevada. Together they made their home in Wadena, Minnesota.
Arnold also had a dog named Fuzzy Bear. She was his everything after Dee moved into a Memory Care Facility. Arnold would say how he would not have made it without her to keep him company after Dee left.
Preceding Arnold in death are his parents; and brother: Duane “Dewey” Reznechek.
Arnold is survived by his wife: Deloris; children: Sandra (Westley) Gentry; and Jason Reznechek; grandchildren: Nicole and Haley; siblings: Janet Drong; Marie Brand (Steve); Carol Reznechek; Sharon Iverson (Robert); Don Reznechek (Cindy); Richard Reznechek (Lori); Deb Lies (Steve); many other relatives and a host of friends.
Arrangements provided by Karvonen Funeral & Cremation Service of Wadena, Minnesota. Please visit www.karvonenfuneralhome.com to leave memorials and condolences on Arnold’s Tribute Wall. 