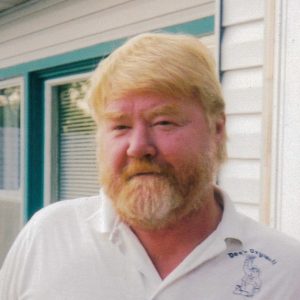 Darwin Bruce “Doc” Anderson. age 74, a long time area resident, peacefully and suddenly passed into eternity on Thursday, December 8, 2022 at his home.
Doc was born on June 16, 1948 in Perham, MN to Jens and Marian (Hanson) Anderson. He attended the District 75 Country School near his parent’s farm until switching to the Frazee Public School where he graduated with the Class of 1966. As a young man he entered the MN National Guard where he served for four years. He also began to learn the sheetrock and taping business and began his own business which he worked professionally until the day he was called to Heaven.
On October 12, 1968, Doc was united in marriage to Joan Rader at the St. Paul Lutheran Church in Evergreen. They were blessed with three children: Lance, Michael “Tyke” and Kim. In his spare time, Doc enjoyed woodworking, hunting deer, pontooning and driving his GTO Convertible. He was married to Joanie Liimatta in 2000.
Doc will be lovingly remembered by his two children: Michael Anderson of Hutchinson, and Kim (Shane) Germolus of Perham; five dearly loved grandchildren: Tristen and Sierra Anderson; Josh and Gage Germolus and Miranda Anderson; two precious great grandchildren: Sunshine and Calix Savig; one sister, Beverly Trimble of Menahga as well as a host of nieces, nephews, other relatives and many friends.
He was preceded in death by his son, Lance in 1991; his parents and one brother, Dennis Anderson and his wife, Rosie; his sister, Shirley and her husband, Marvin Anderson; and one brother-in-law, Ernie Trimble.
Services will be held for Doc at 11 a.m. on Friday, December 16 at the Bethany Lutheran Church west of Menahga with Rev. Roger Michaelson officiating. Visitation will begin at the church one hour prior to the service. The urnbearers will be his grandchildren: Joshua Germolus and Gage Germolus, Miranda Anderson, Sierra Anderson and Tristen Anderson.
The Cardini-Pearson Funeral Home is honored to help with the arrangements. Online condolences may be left at www.jonespearson.com.