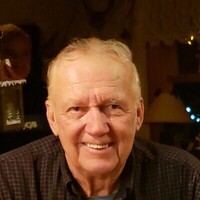 Donald Eino Lillquist was born on June 30, 1941, to Eino and Signe (Mattson) Lillquist and died due to complications of the dreaded disease, mesothelioma (Yep, the one you’ve heard the commercials about) on December 5, 2022. He was 81.
When Don entered heaven, he was reunited with his angel on earth, his loving wife of 50 years, “Dukie,” who was probably wondering what took him so long to get there. He was a strong, simple man who never knew a stranger and always made time for a cup of coffee. He loved a good laugh and enjoyed a good story – especially if it was a little bit naughty! Anyone that truly knew him knew he had such a big heart. He loved fiercely and deeply. He fully enjoyed what he did and who he met in his days. He made the time to show up for those who reached out and to help anyone in need, especially without them knowing about it. Don was a giving, caring, and selfless soul.
Donnie, as he was most often called, loved to work. That love for labor started at a young age as he was often called upon to help his dad and his uncles in their various businesses. A strong work ethic, and the SISU that we Finns are famous for, was bored deep into him during his formative years. Most people didn’t know that his mom was a progressive woman for the day and figured that if his sisters had to do barn chores, he would have to learn “woman’s work!” So he did; he learned to cook, clean, and sew. He thoroughly enjoyed doing all those things for his entire life!
When Dad was about 10, the older “Liney” boys came over. They gave him some chewing tobacco. He passed out and slept on the milkhouse floor all day. Lesson learned.
Dad loved the land. He raised beef cattle and did crop farming until he simply couldn’t any longer due to the disease that took away his ability to breathe – granted, he couldn’t really hear or see at this point either! Ha! But still, he could fix fences, split wood, and do all sorts of things being seated in his Bobcat.
Dad hated to relax. When he was forced to, it was inevitable that he would get a migraine. Six extra strength Tylenol and a can of Coke later, along with some good ol’ physical labor and viola! He was healed.
We do not doubt that Dad was, in words spoken in Daniel 10:11, “a man greatly beloved” of the Lord. He walked with God. He talked with God. He spent hours in prayer for his family, friends, acquaintances, situations, and our nation. He considered it a privilege to pray.
Though we know Dad would hate to be painted as a perfect man, we know that he has been welcomed home by the words, “Well done, good and faithful servant.”
When peace, like a river attendeth my way
When sorrow like sea billows roll;
Whatever my lot, Thou has taught me to say,
It is well, it is well, with my soul.
Don is survived by what he considered his “greatest accomplishments”: Kevin (Jolene) Lillquist, Shannon (Jeff) Lausten, Kristine (Joe) Tellers, and Darin (Annette) Lillquist, and his grandchildren: Sam (Morgan) Tellers, Madi Lausten, Thomas (Carli) Tellers, George Lausten, Isaac Tellers, Scarlett Lausten, Cecelia Lausten, Lydia Lillquist, Hank Tellers, Julianna Lillquist, and Miranda Lillquist. He is also survived by his sister, Delores Quale; nephews Jeff and John Isaacson and niece, Karen Quale Killam.
He is preceded in death by his wife, Nellie Jo; his parents; his sister, Doris Isaacson; and his infant brother, Delbert Lillquist.
Visitation will be from 4-7 p.m. Tuesday, December 13, 2022 at Wevley Funeral Home in Sebeka, MN and continue one hour prior to the service at the funeral home.
Funeral Services will be held 11 a.m. on Wednesday, December 14, 2022 at Wevley Funeral Home in Sebeka, MN. Interment will be at Sebeka West Cemetery.
Arrangements are entrusted to Wevley Funeral Home of Sebeka. Online condolences may be left at www.wevleyfuneralhome.com.