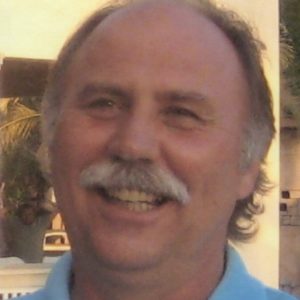 Bill was born June 25, 1955 to John and Erna (Medek) Geschwill in Little Falls, MN and grew up on a farm by Buckman with many siblings, after which they moved to Little Falls. In 1977, he started enjoying the life of sobriety. In 1978, he was united in marriage to Annette (Elliott), and they had two children, Jesse and Trisha. They lived in Fergus Falls for some time and then owned and operated the Pillsbury Store until they later divorced. Most of his jobs in his adult years were in road construction, crane operation and many years at Amcon Block. His last job was his most fulfilling, when he had the opportunity to work at Northern Pines, connecting with children and being a positive role model and mentor. Bill enjoyed spending time with his children, grandchildren, family and friends, building things, hunting, trapping, fishing, camping, just being outdoors which included, riding his Harley. After years of owning hunting land up in Menahga with his son, Jesse, he purchased additional land and used all his talent and skills learned throughout his lifetime to build a house. With the help of family and friends, using trees from the land, he built a house that he was proud of and retired there, spending his time in a place he loved. His new home was a welcoming place to family and friends that would come visit for a warm smile, a listening ear, a pot of coffee and maybe some words of wisdom and advice. At the time of his passing, he had over 45 years of sobriety. His strong faith in God and the many years of sitting around the table at meetings was apparent in the way he led his life and treated others. He was an example to many people, including his son, Jesse, when they walked through the door and encouraged them to “Keep coming back”. His personality, humor, smile, laugh and one-line words of wisdom will be cherished by many that had the privilege to be part of his story
Bill is survived by his children: Jesse (Tressa) Geschwill of Swanville, MN, and Trisha Geschwill (Jacob Goebel) of Little Falls, MN; brothers: Jerome Geschwill of St. Michael, MN and Donny (Dolores) Geschwill of Bruno, MN; sisters: Joyce (Dave) Schmidtz of Little Falls, MN and Elaine Jabas of Askov, MN; granddaughters: Kianna Posch and Chloe Geschwill; grandsons, Owen Talberg, Grant Geschwill, and Carson Geschwill; and many nieces and nephews.
Bill was preceded in death by his parents; brothers: Eugene Geschwill, Kenny Geschwill, Roger Geschwill, and Eddie Geschwill; sisters: Ellen Geschwill and JoAnn Geschwill.
Arrangements were entrusted to Shelley Funeral Home of Little Falls, MN. Online condolences may be left at www.shelleyfuneralchapels.com.12-21pd