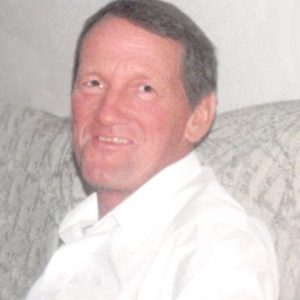 Lindsey Jay Gustafson was born on March 4, 1949 in Wadena, Minnesota. His parents were the late Clarence William and Viola Gertrude (Mietzel) Gustafson. Lindsey was Baptized and Confirmed at the First Congregation Church in Wadena. He graduated from Wadena High School with the class of 1967. While he was in high school Lindsey was employed at Wadena Floral. Lindsey continued his education at Staples Vocational Technical College where he studied Culinary Arts.
On November 18, 1972 Lindsey was united in marriage with Bonnie Jean Lohse at the First Congregational Church in Wadena, Minnesota. Their marriage was blessed with 2 daughters: Lindi Lea and Carrie Jo.
Lindsey joined the Army National Guard, he served from 1969 to 1992. He purchased Pizza Dena from his brother, Jim and in May of 1975 sold it to Larry Luttrell. Lindsey was employed at the Elks Lodge as Manager and Lyle’s Shoes in sales. On October 10, 1983 Lindsey and Bonnie opened the Original Nite Owl and retired on December 31, 2005. They enjoyed spending retirement at their home in rural Sebeka. Lindsey spent countless hours in his shop and at The Shack where he was the official grounds keeper.
Lindsey was a life long member of the Wadena Community where he was a member of the Wadena Elks Lodge #2386, Minnesota Deer Hunters Association, Ducks Unlimited, Bowling League and the American Legion in Sebeka. He also enjoyed fishing, hunting, gardening, bowling, wood working and especially loved long walks at The Shack and spending time with family and friends.
On December 20, 2022 Lindsey passed away unexpectedly and peacefully at his home in rural Sebeka, Minnesota at 73 years of age. He will be dearly missed by his family and friends. Preceding him in death were his parents, Clarence and Viola Gustafson; sisters: Nancy (Art) Vansickle and Sarah (Ed) Wiskeiwski; brothers: Donald, James, Bill and Gary Gustafson; one grandchild, Dalton.
Lindsey is survived by his loving wife of 50 years, Bonnie Gustafson of Sebeka; daughters: Lindi Lea (John) Rousslang of Verndale, and Carrie Jo (Joe) Forys of Wadena; granddaughters: Courtney and Alison; grandson: Preston; numerous nieces, nephews and many, many friends.
Visitation will be held on Thursday, January 5, 2023 from 11 a.m. to 1 p.m. at First Congregational United Church of Christ in Wadena, Minnesota. Memorial Services will begin at 1 p.m. at church. Lindsey will be laid to rest at Leaf River Cemetery, Wadena, Minnesota.
Arrangements provided by Karvonen Funeral & Cremation Service of Wadena, Minnesota. Please visit karvonenfuneralhome.com to leave a message of comfort and support for Lindsey’s family. 12-28c