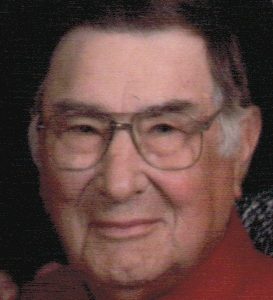 Kenneth Eino Tuorila, 85, Silver Bay, passed away at home on December 28, 2022.
Ken was born November 5, 1937 to Eino and Hazel (Hotakainen) Tuorila in Blowers Township. He graduated from Sebeka High School in 1955. After graduation he moved to the North Shore where he met the love of his life, Carol Nelson. They were united in marriage on June 18, 1960. Ken and Carol moved to Silver Bay where he was employed at Reserve Mining.
After his retirement from North Shore Mining, they became snowbirds and wintered in Mission, Texas. They enjoyed many musical shows with other Silver Bay snowbirds.
Ken enjoyed trap shooting, hunting, eating Carol’s delicious cooking, watching Mariner hockey, Twins baseball, the Vikings, and spending time with family and playing with Lizzie, the family cat.
He was a member of Sychar Lutheran Church and the Silver Beaver Trap Club. Ken volunteered many years for the SBFD, even serving as chief. He also served on the Board of Directors of NSFCU for many years.
Ken was preceded in death by his parents; in-laws, Carl and Violet Nelson; sisters: Annette and Arlene; brothers: Marv, Mike, and Ray; five brothers-in-law; and a special nephew, Bob Kramar.
He will be deeply missed by his loving wife Carol; children: Al (Vicky), Cathy, and Keith; special nieces: Deb, Denise (Frank) and Doreen; grandchildren: Cody, Eric, Frankie John, Jenny, Josh, Justin, Laura, Neil, Timmy, and Tommy; and 13 great-grandchildren. He is also survived by sisters Shirley, Carole Jean (Debbie); brothers: Charlie and Roger (Vicky); sisters-in-law, Pat and Nancy; and several nieces, nephews, cousins, and friends.
In lieu of flowers, memorials may be given to Sychar Lutheran Church, Silver Bay Blue Line Club, or the Silver Bay Fire Department.
Visitation will be from 1 p.m. until the 2 p.m. service on Tuesday, January 3, 2023 at Sychar Lutheran Church in Silver Bay. Burial will be in Sawtooth Mountain Cemetery.
Arrangements were entrusted to Cavallin Funeral Home in Two Harbors. To share your memories or condolences online please visit www.cavallinfuneralhome.com.